Apparently, I cant really deal with goodbyes. I tend to ignore it or avoid it completely. Haish.
niBbled by alfina at 6:27 PM 2 deliciOus deSsert(s)

You don't love me anymore

Why continue hurting my feeling? Why keep pointing sarcastic remarks at me?
niBbled by alfina at 5:01 AM 1 deliciOus deSsert(s)

I watched 2012 just now. Sorta a reward for myself after being such a good girl. I studied so hard for my exam. And this evening marked my last exam for the year. I said its sorta a reward because I actually rather watch My Sister's Keeper than 2012. HR insisted on 2012.

Plus, I have a principle about watching a movie at cinemas. The movie should be worthwhile to watch in terms of sound system and graphic. So, a drama like My Sister's Keeper lost hands down to an action pack 2012.

Anyway, I don't like the movie. I really dont. The movie portray about the future and the destruction. A lot of people die. You can see the flood and all. I cried a lot during the movie. Every scene made me grip my hand so tight. I screamed a lot too.

My reward should make me happier and portray the end of books and assignments for the year. Instead the movie made me sad. Devastated. Scared. I dont like it. Oh, it also has some illogical stunt that made me go, "Eh?!"

You should watch it for yourself though.

My heart is exploding with joy and happiness.
I cant wait.
niBbled by alfina at 11:18 AM 4 deliciOus deSsert(s)

It's on the tip of my tongue

I have been thinking what to write for a while. Trying to explain the absence of idea. Trying to share the great smile that I have been putting on. Trying to spread the happiness. Trying to keep all the secrets inside.
I am hungry.
niBbled by alfina at 11:07 AM 0 deliciOus deSsert(s)

French finger tips, red lips, b!tch is dangerous
Cotton candy kiss, can’t wait for my sugar rush
Can’t take no more, I’ve got to have more tonight
This feeling so strong, I’m puttin’ you on tonight
- Lace and Leather 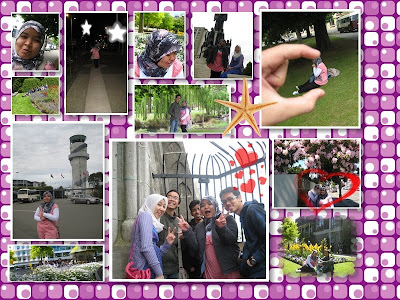