I need to change. Smiling more to people I know. Not only to strangers. I need to learn to smile to everyone instead of being selective. I noticed that I jump hoops to smile at unknown person yet don't have the heart to smile to people that who are close to me.
niBbled by alfina at 6:30 AM 2 deliciOus deSsert(s)

Labels: issue of the mind, me

is all about me

Sometimes, I just wish that I am more selfish.
niBbled by alfina at 5:31 AM 0 deliciOus deSsert(s)

Labels: issue of the mind, randomness

I think Ain once asked me about my preference towards chick-lit genre for reading. She herself does not really favour that genre. I can't really recall what my response towards her question was but I bet I said something lame like I just like what I like. I remembered she sorta tried to persuade me to try reading other genre by buying me a book by one of her favourite author for my birthday.
I kept on reflecting on her question because I do want to know the reason as well (which I don't have at that time). It's not that I don't read other genre because I do read Gaiman's, Koontz's and King's writing and I particularly like Sheldon's writing. But chick-lit has always been what I favour the most.

After some soul searching, I guess this preference got to do with me being such a realist. I think I can relate better with these stories and through them I extract the moral values and try to relate them back to my life. I like to use these books fantasies (which is more real than any ghost story, in term of reality and fantasy) to imagine my own. Plus, I am a sucker for stories with colourful rainbows and happy endings.

I got to admit though, I do like stories about girl loves boy, boy chases girl, girl got insecurities issues, boy like bad girl, boy has good girl best friend or stuff like that. It is simple. It is usual. It is real. It always happens. Just with different twist here and there.

When I choose a book I like to read a few pages first. If I feel that I can't put the book down, I sure am hook up by the book already. It also got to do with I like books with nice colourful happy covers and mysterious and superb tagline. They compel me to read them.

Current obsession is Dorothy Koomson. She is absolute great read. I have read almost all of her book. Almost because she just got a new one out. I owned all of her writing except for her first and latest book.

Show me some love

What do you think about people who give others a present that was given to them by someone else? Is it appropriate? I mean, the gift was meant for you and yet you have the heart to give the present to someone else. Sounds confusing. For example, for Milah’s birthday, Ali gave her a Prada bag. Milah gave this exact bag to her friend, Suzi on Suzi’s birthday. Ahh, recycled gift is the term.

Maybe the person has put deep thought into that gift (time and money wise) and you, the receiver, don’t like it. Maybe the present suits the other person more. Maybe the present is not really ‘you’. Or simply, you have gazillion of the items already. That does not mean the gift is transferable.

I understand it is your right to do whatever you want with your gift. It is yours after all. It was already given to you. You can simply throw it away if you don’t like it. Or maybe that is better. Throw it away. Not in front of the giver of course. Rather than secretly not liking it and giving it to others and get caught.

I know the phrase ‘it’s the thought that counts’. Does it mean that it does not matter where the gift comes from? Whether it was stolen or taken by force? Whether the gift was actually meant for someone else?

I betcha the new receiver of the recycled gift also will not be entirely pleased. It is a second hand item after all. The gift might represent the worse in you since it might convey that you don’t respect the giver of the item or the new receiver.

I truly understand that your intention might be nice. You don’t wanna waste a gift that you might not use yourself. So, you give it to someone else.

However, I would draw a line if the gift is wrong in size. I mean what would I do with a size 'S' baby tee? That shows the giver does not really thought about the present hence it can be given to someone else.

* A gift is something given voluntarily without payment in return, as to show favor toward someone, honor an occasion, or make a gesture of assistance; present. I am not talking about the kinda present you got if you won something, that one you earned it so you can do whatever you want with it. 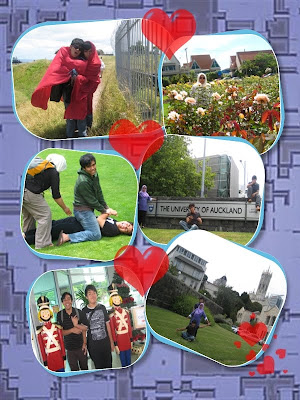 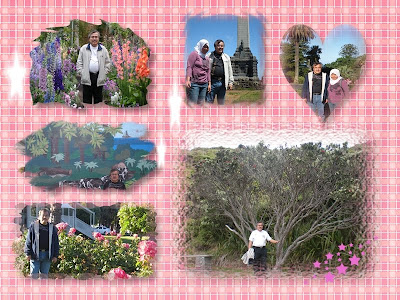 I am in the mood to fall in love

Hang out with my great friend, Helwa today, the official beginning day of my long CNY break. She came over to my place for a chitchat before both of us pursued our journey to Pavillion. Browsing some interesting women stuff before going to lunch. Had long delicious lunch and continued our shopping spree. 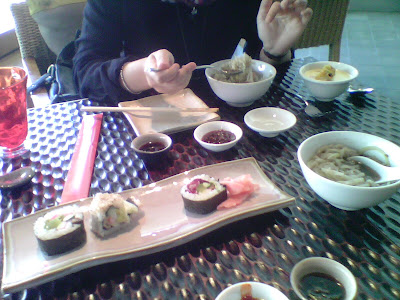 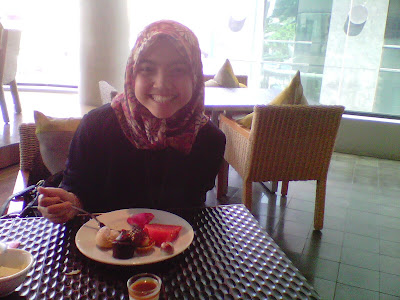 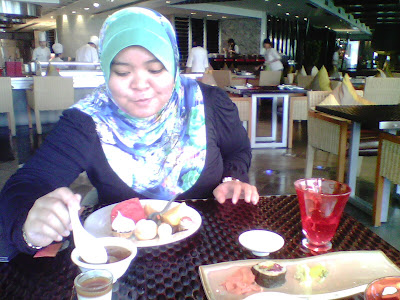 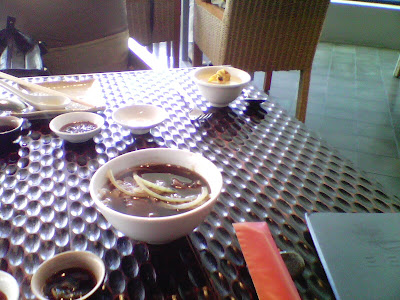 These are some of the food we ate, they were so much more. So many stories were shared. Not so much gossip. I managed to spend wisely. Cheeerios me!!

Come hang out with me.

p/s: I think in that picture Helwa is experiencing somewhat sugar high moment due to all the sweetness that she consumed and the sweetness around her (me la!). 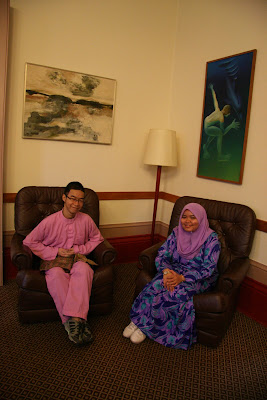 Someones is getting older today 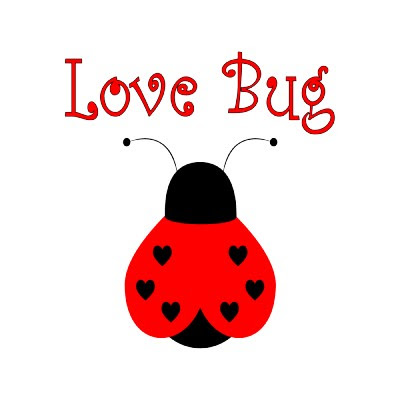 Dear Helwa is celebrating her birthday today.
Love you lotsa darling~
Will be seeing you soooooooon ....
May all your wishes come true
niBbled by alfina at 5:35 AM 3 deliciOus deSsert(s)

How to prevent from a heart break?

How to maintain a long lasting relationship?

When the heart learn that there's nothing to be yearned for,
it wont be aching anymore.
When the heart starts to understand that desire may lead to resentment,
the heart will discover the reality.
niBbled by alfina at 3:53 PM 0 deliciOus deSsert(s)

It has been long due. 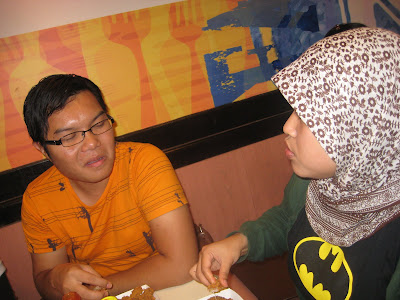 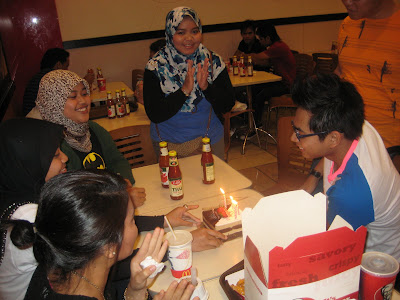 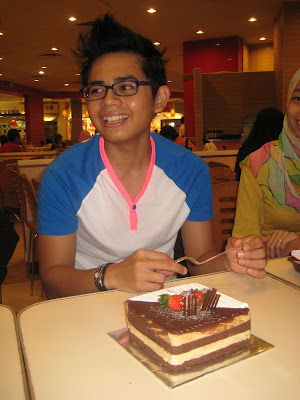 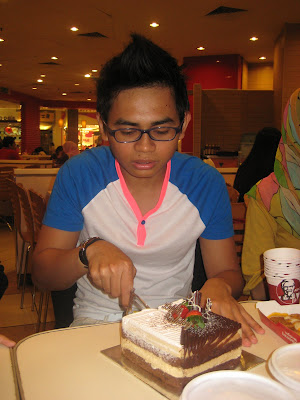 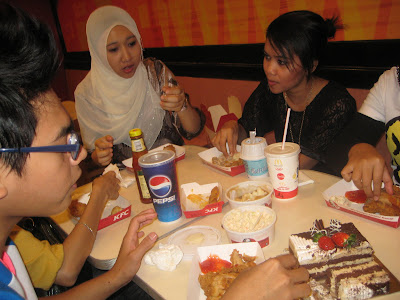 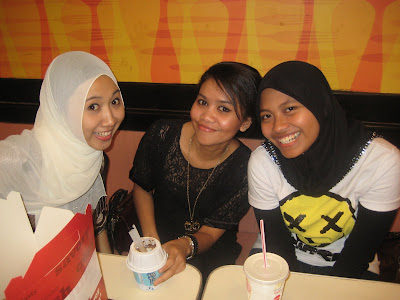 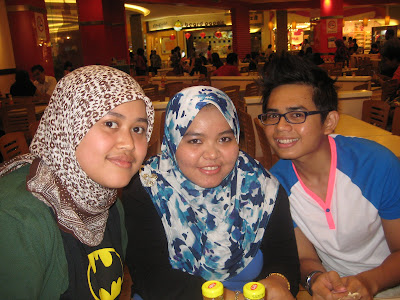 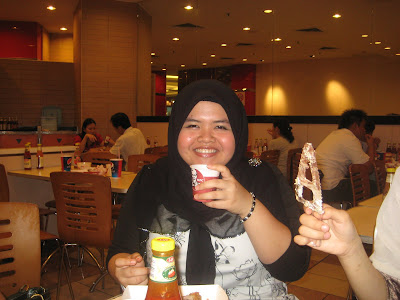 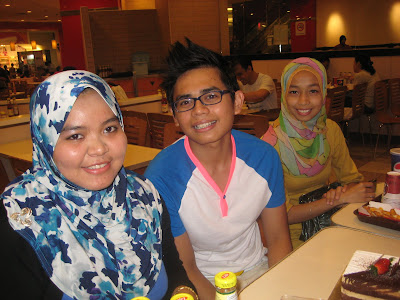