Got the L word from Yati last week. Went to her place at night for the sole purpose of that tv series. Oh yeah, I also want to check out her crib. Which is nicely decorated.
As I reached her place, she was kinda shocked seeing me alone. She kept repeating, "Gagah la Dzeti. Datang sorang je malam2". It's kinda funny that she used the word 'gagah'.
I kept saying, it's not a big deal. Our house is like a five minute journey. Volt - Princeton is not that far stretch. She was really amazed by my courage. Walking at night alone. Biking around Auckland to get to work. And some other stuff that I did alone.

Her remarks made me think.

Oh, I am a gagah woman. I do can live outrageously as I pleased. I am able to get around the city on my own term. Good for me.

One of my mother advices comes to mind. I think, she said it when one of my brothers was terribly ill and my father was still at work (note: this happened in the middle of the night). She droves us to a 24 hour clinic. (I am my mother's sidekick. I will always follow her). She keep saying, learn how to drive. So that if I ever face an emergency and no one's around (referring to my workaholic future husband), I can attend to the matter myself. Just like this one, your son need medical help and your husband is at work.

I can say, I am proud of who I have become with my mother's blessings. I am a good driver who sometime has misfortunes like side parking, small space to park or red light at the edge of a high cliff.

Oh, Mother's Day will come soon. What surprise shall I do this time?
niBbled by alfina at 7:06 AM 3 deliciOus deSsert(s)

I have been hooked up to Shortland Street for quite awhile. It's a New Zealand soap opera that has been going on for 15 years. The series is on every day on weekdays and I am on that couch everyday too.

Its a drama set in a hospital on Shortland Street supposedly in Auckland Central. Every staff in that hospital is related to one another. That nurse is another doctor's mother or three sisters working in the same hospitals. Husband and wife team up in saving life.

Guide me through unchartered waters Before we lose our way again Will you be my compass until forever? Until forever ends!?

If you don't know any of these men, it's okay. Don't be sad. It's not my kinda band either.

Tim Mcilrath is the singer / guitarist of the band Rise Against - remember the post I mentioned I went to Rise Against concert. Read here. He is the man!

So, one day while watching telly in my house, HR decided, he likes Tim Mcilrath's hair. I said, let's cut your hair like that. So, with a not-a-hair-cutting-scissors, we did it. This is no money back guarantee process.

The process of cutting his hair took about 2 hours. It can be longer (if you let HR continues whining) but I keep pushing him to be satisfied with the hair that I chopped. Afterall, got to go to Mint's place to celebrate Faliq's birthday. The process was messy with lots screaming from both party. Eh, I managed to pull a confident face through whole session. 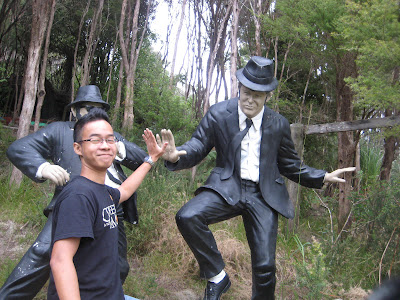 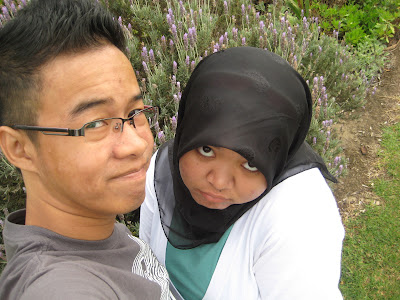 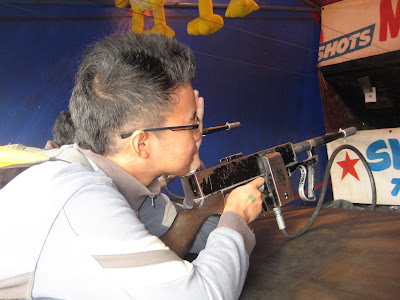 Close up - solo version
Actually, I think the hair is not so much the same. Blame me, now I know what I can't be - a barber. Still, I think it's fair to say it is inspired by Tim's hair. Perhaps the inspiration can be traced back to the moment HR met him. 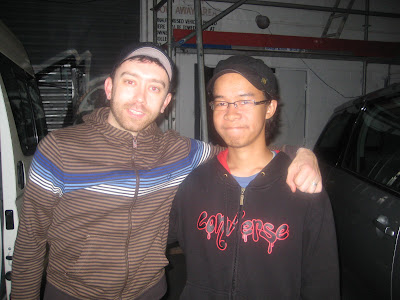 HR with Tim
Thank goodness he is not that fond of the second guitarist's hairdo. 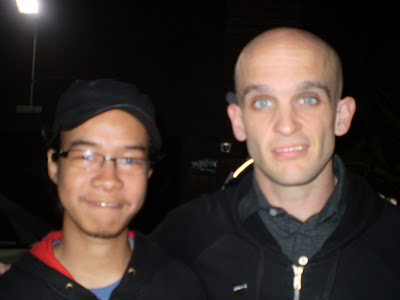 which as you can see is non-existent.
Sneak peek of Claudio's hair - which HR will never ever pull off.

sexxay rite?
p/s: His hair was repaired by Faris few days after I cut it. Well, it was no money back guarantee.

niBbled by alfina at 9:13 AM 8 deliciOus deSsert(s)

Blogging can be so much fun

I always wonder why people (including me) always tend to blog as a way to procrastinate from doing assignments. I came up with few excuses.

niBbled by alfina at 7:54 AM 4 deliciOus deSsert(s)

Been wanting to go to Yati's place to copy the L Word, apparently a cool tv series, for quite sometime. I thought I could actually finish enjoying one whole season during the Easter break (which just ended). Oh, she got all five seasons. Syiok la~

I fast today. Weehee. Have to check how many days left to ganti puasa. Oh, so great dumpling to break fast just now.

Reviewing my Easter break, I conclude that it was fulfilling. I am able to scratch some items in my wish list. Oh, no so much money spend. Good job Dzeti.

Chopped off my hair. It's shorter than ever. Still need time to get used to wearing scarf with new hair style. Oh!! I helped cut HR's hair. He is bringing sexxay back. I'll brag about my skill later (in one whole bragging post.)

Need to finish some of my Easter project.

p/s: am loving the new hair. 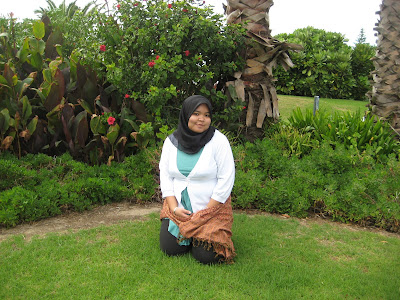 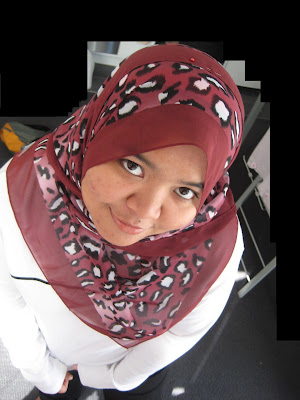 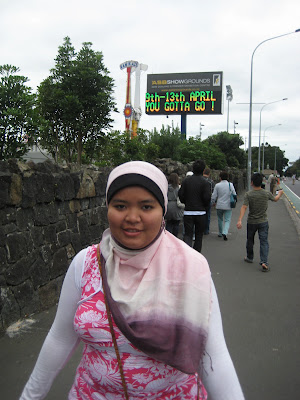 niBbled by alfina at 8:13 AM 6 deliciOus deSsert(s)

I've been wanting to make egg tart for sometime now. I even bought the suitable baking tray. When Ten was here in Auckland, she kept insisting me to bake it before she went back. I'm sorry darling, I'm so lazy.
Mint went to Rotorua and bought me a gift. Another baking tray. YAY!!

So, yesterday, I made egg tart. 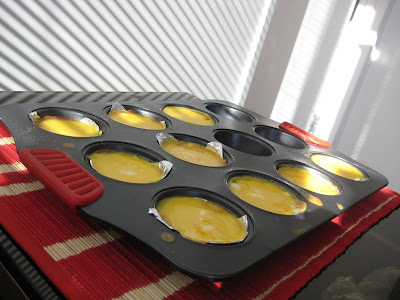 The tarts were a bit "bantat" but still delicious. 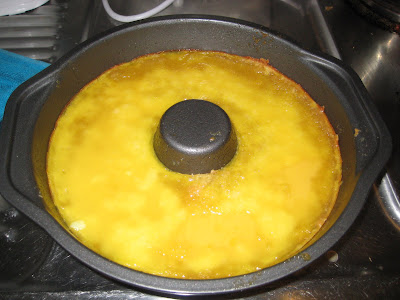 niBbled by alfina at 7:43 AM 2 deliciOus deSsert(s) 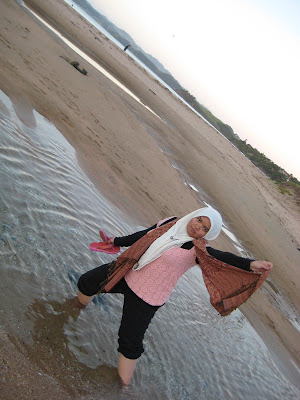 Never ever put me on a pedestal.
I am not a saint.
I sinned.
Just like you.
niBbled by alfina at 8:44 PM 3 deliciOus deSsert(s)

Labels: issue of the mind, randomness

Easter Break is finally here. I have been dreading for cheap but fun activities to do for weeks. I have been scratching my head for places to go to have escapism.

I kick started my holiday with a 'makan-makan' at Mint's and Pkah's place on Friday evening. It was supposed to be a meal then a session of studying, maybe some entertainment. It turned out to be a huge feast and a great laugh enjoying Guitar Hero. Some of the boys showed their skills in becoming rock stars.

Saturday, me and HR declared it to be project day. We made hand print project. It was rather hilarious. Then, HR got to his assignment that was due on Monday. I continued my second project of crafting my own laptop tote bag. Until I got tired. Then, HR cooked me a superb meal.

Sunday was even more great. We (me and other friends) went to Western Spring to enjoy water pistol fight. It was a fun day. Running around with water pistol and just shoot at people. HR said, "It was a perfect excuse to bully small kids without them crying." We were wet. I was bathed twice by the man carrying th bucket. I was shot all the time by more extravaganza machinery making me even more wet.

Later on, we hopped on the bus, all wet and hungry to my sacred beach. There, we continued bathing in the sea. Ate food that I prepared earlier. Chit-chatted. Swan summore. It was a perfect day.

At night, we went Karaoke. We sang our heart out. We fooled around summore.

I was supposed to be so tired. Then again, today I woke up at 7am. How early! Deym.

Been so long since I drive great journey.

p/s: Pictures are with HR. He took my camera.

“A” been telling everyone loudly that “A” did not like “B” kinda situation. Everyone knows where “A” stands about regarding “B” matter because “A” is very affirmed and serious about not liking “B” situation.
“A” just offered the opinion out loud, thinks it’s cool to have an opinion, especially when one can be bold and express it.
However, “A” did not do anything about it. Not a deym thing.
Not even the basic thing like understanding the real problem behind “B” condition and learn about dealing with it.

“L” fake smiles whenever “P” is around. “L” even attempt to talk to “P” so no one will feel neglected. Regardless how “L” really dislike “P”.

For “L”, “P” is rather different than what “L” would call a friend.

“L” never mentioned this feeling to anyone inappropriate, especially not to “P” face. “L” never want to make a scene even when “L” and “P” are teamed together for a school project. Even when “L” prefer to be partnered with “S”.

“Q” and “Z” was best friends. They used to share deepest secrets and loudest laugh.

One day, “Z” did something that “Q” decided was inappropriate and completely disregard “Q” feeling as best friends.

“Q” determined to not wanting to be friends anymore with “Z” .

After a while, “Z” caught “Q” doing the same act that “Q” classified as inappropriate. Over and over again.

“T” had been in a relationship before where “T” ex-lover cheated. “T” felt so hurt and stupid until “T” met “R” who is charming. 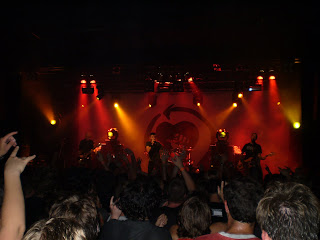 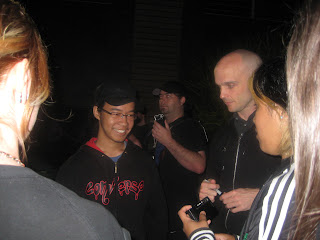 p/s: I have to keep reminding myself that HR has this Dr Jekyll and Mr Hyde syndrome. You dont want to go to rock concert with him.

niBbled by alfina at 9:05 AM 1 deliciOus deSsert(s)